Meet Ellyn and Bob
iSkiBike was established January 2008 by Robert Kolesar, taking on the challenge of designing and manufacturing a skibike for disabled individuals and adaptive ski programs. The reasons for taking on the adaptive skibike challenge were personal.
In 1989, while hiking in the Pioneer Mountains of Montana, Bob’s wife, Ellyn Murphy, suffered a head injury in an enormous rock-fall that swept her over a 35 foot cliff. The fall left her weak on her left side, with poor balance.
Using a standard commercial skibike from Europe, Ellyn was skibiking on her own before she could walk independently. With the strength and coordination skills she learned while skibiking, Ellyn eventually regained her walking skills. Unfortunately, her balance and left-side strength never recovered enough to allow her to ski standing-up. Additionally, carrying a traditional skibike, while loading and using ski lifts, was also a significant challenge. To make things worse, skibike manufacturers were not using downhill mountain bike technologies to build a true downhill skibike for the 21st century.
Seeing this huge adaptive skiing technology gap, an adaptive skibike design was formulated, patented, and licensed to Shroombob, LLC for manufacturing and marketing of the iSkibike. Here’s how we did it.

Circa spring 2007, on-snow skibike design theories were tested at Moonlight Basin, Montana, with the frame of a Kona downhill mountain bike, attached to skis. Thus the Konabob prototype was born.

Konabob
During the summer of 2007, ski lift riding theories were developed and refined with a plywood version of the iSkiBike (nicknamed the Plywoodbob) which was loaded and unloaded from an old Riblet ski lift chair attached to an old barn. 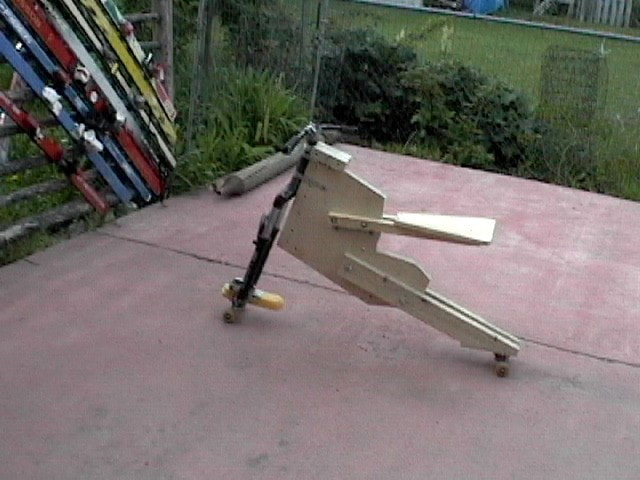 Plywoodbob
The first prototype of the iSkiBike design was tested on snow at Moonlight Basin, Montana in December of 2007. 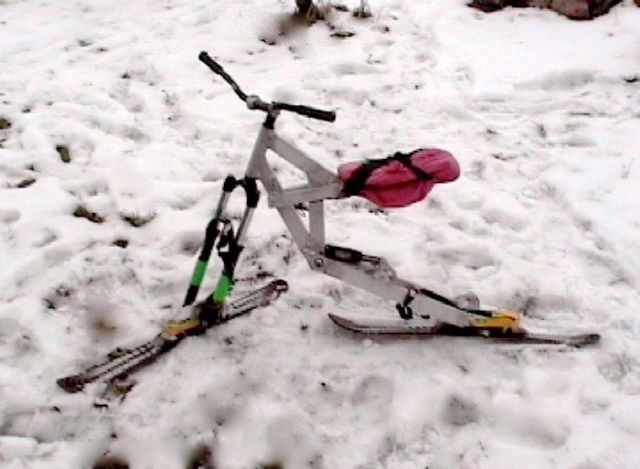 First iSkibike prototype
In January of 2008, the the prototype iSkiBike appeared at the annual American Skibike Festival at the Purgatory Ski Resort, outside of Durango, Colorado. Festival participants rated the iSkiBike design the best and most unique new skibike design ever seen. 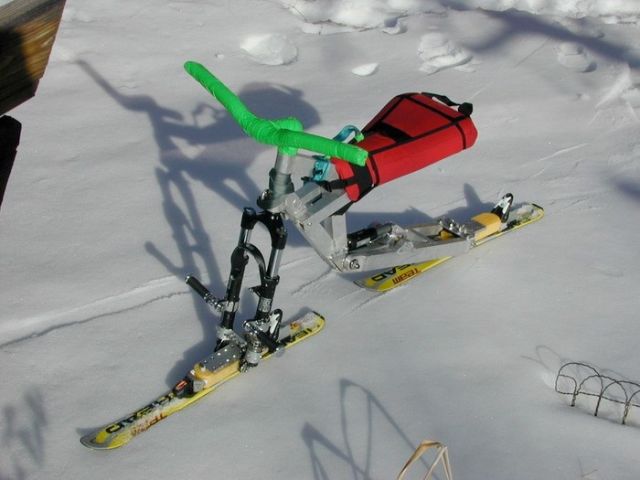 American Skibike Festival prototype
Thus, during February and March of 2008, the prototype design was modified and improved, so that iSkiBikes could be offered for public sale. During April of 2008, the new iSkiBike design was first shown to the public at Lake Tahoe ski areas in California. 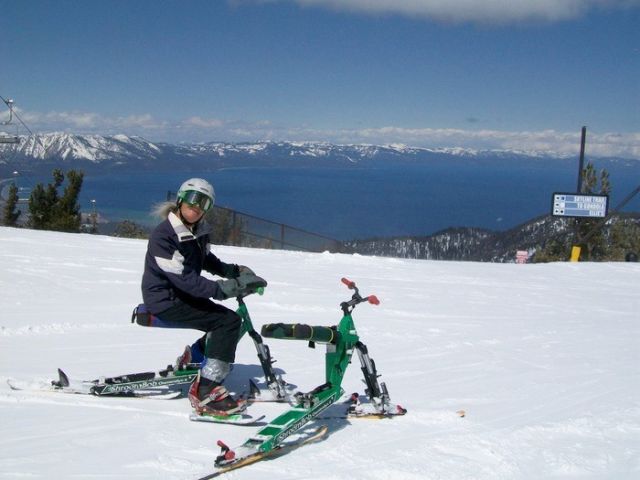 Ellyn's iSkibike
While Ellyn was iSkiBike’s first customer, many others are now enjoying this truly remarkable 21st century adaptive skibike. iSkiBike’s customers include individuals with spinal injury, brain injury, amputations, worn-out knees, or just a few too many years gone by.
The iSkiBike is really fun, a different way to get around the mountain, and you can ski just about anywhere, providing accessibility that is fantastic.

iSkiBike is now the best adaptive ski bike on the planet.